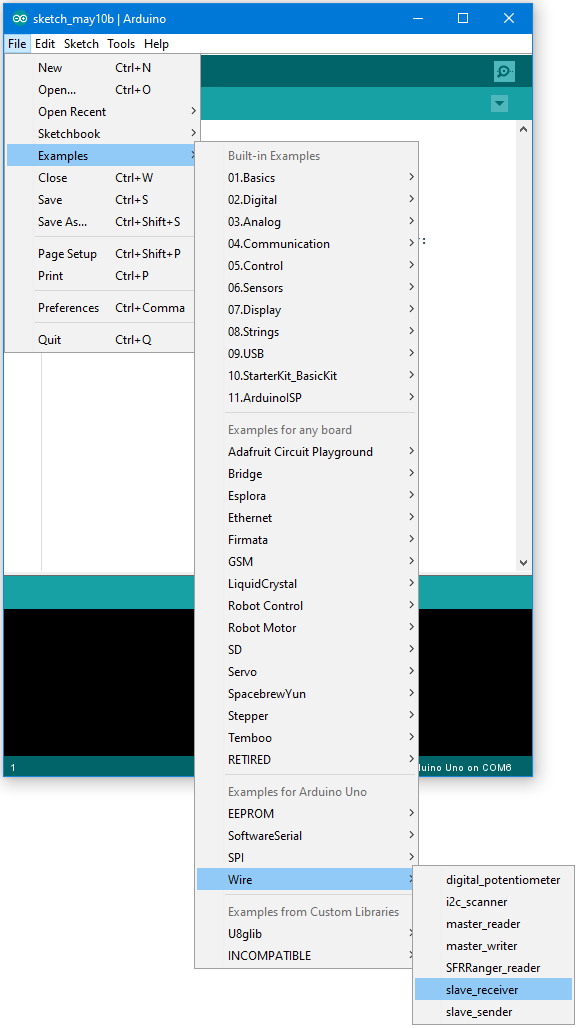 Then click “Sketch” -> “Upload” to compile and upload the example to Arduino Uno.

Next, open another window of Arduino IDE, make sure to choose your Ameba development board in the IDE: “Tools” -> “Board”
Then open the “Master Writer” example in “File” -> “Examples” -> “AmebaWire” -> “MasterWriter” 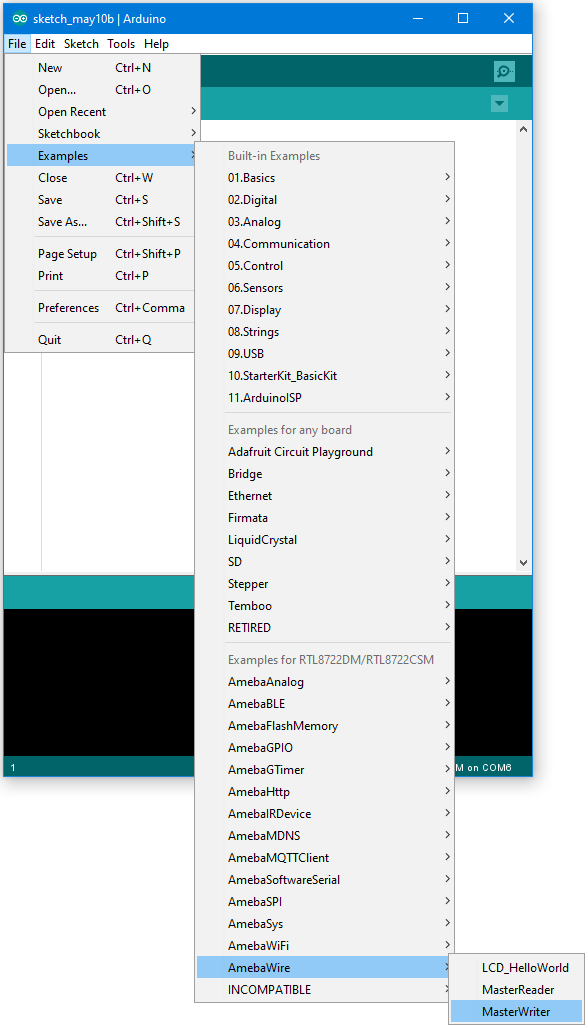 The Arduino example uses A4 as the I2C SDA and A5 as the I2C SCL.
Another important thing is that the GND pins of Arduino and Ameba should be connected to each other. 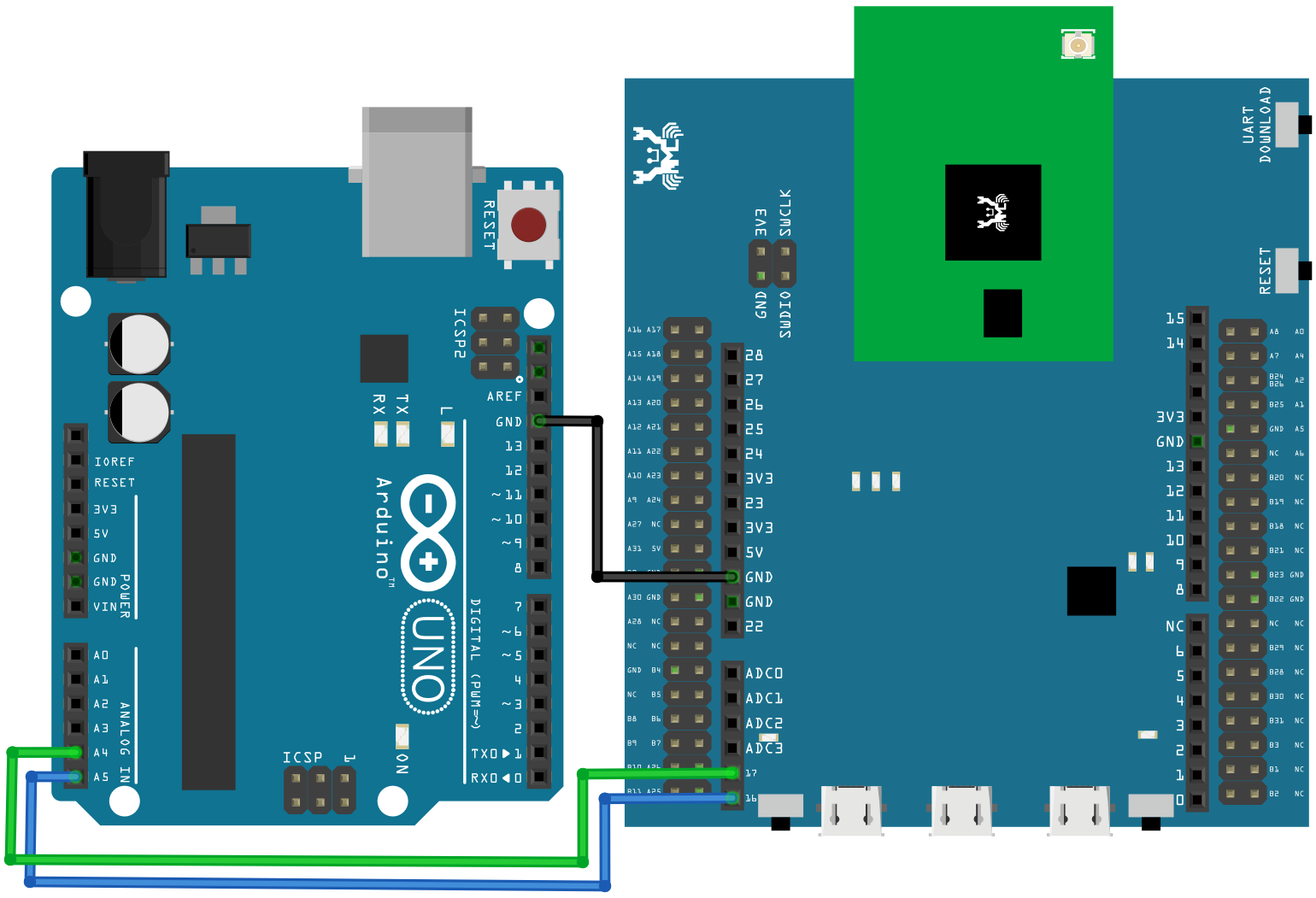 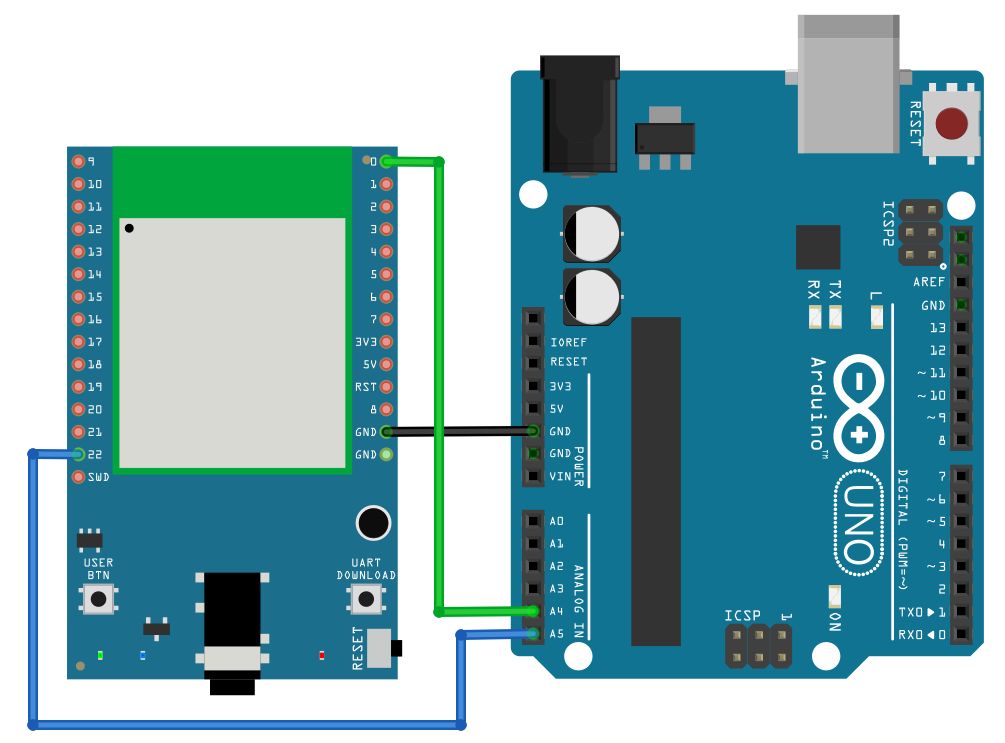 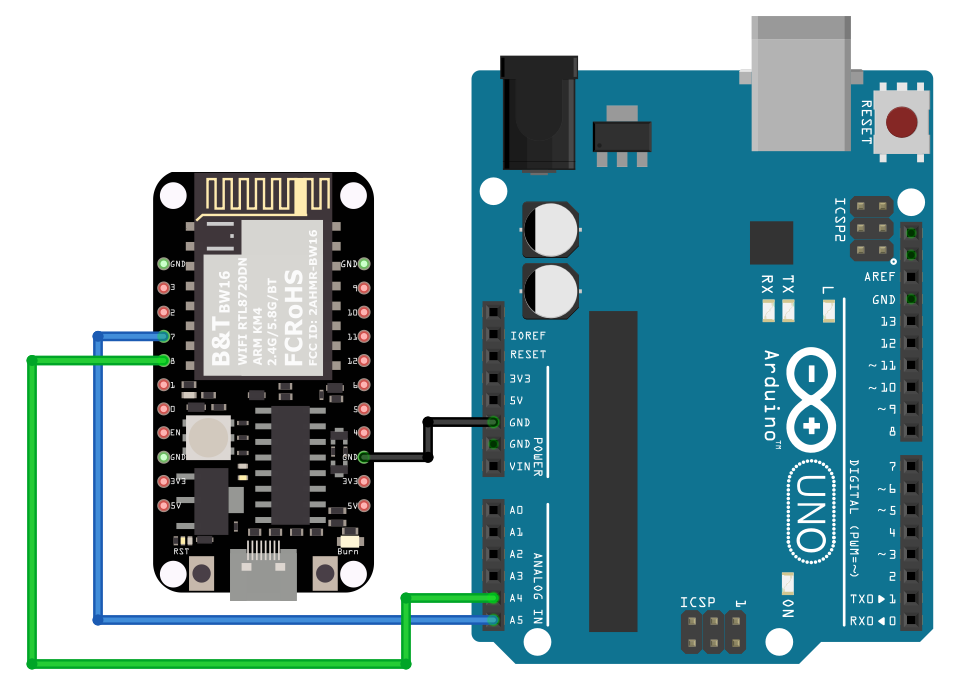 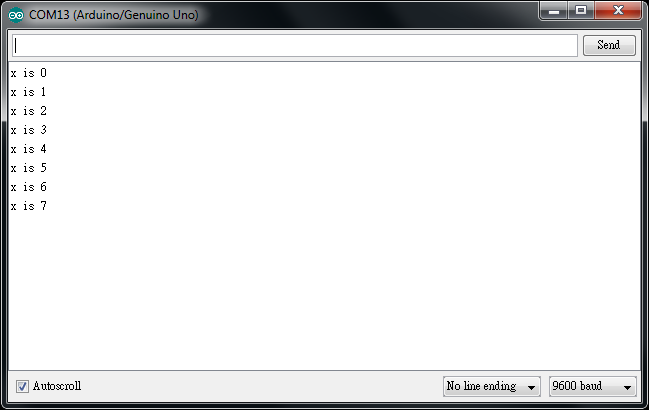